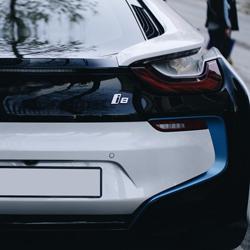 Most of us have heard the shock revelation from Nicolas Hulot, the Environment Minister for France. The new French Government plans to ban sales of diesel and petrol cars by the year 2040. But what does this mean for the general public?

The announcement was a commendable bid to reduce France’s dependence on fossil fuels. As the sixth biggest economy in the world, it is good to see France take the lead and the mayor of famously smoggy Paris has expressed a desire to introduce such a ban by 2020. But let’s read the small print: the intention is to BAN all SALES of NEW cars post 2040. Which means, if you buy a new car in 2039, it could still be diesel or petrol and it will probably last until 2050, maybe even the 2060s.

What the ban will mean is that the provision for diesel and petrol cars will become gradually poorer, until it becomes a niche market; mechanics, parts and fuel availability will slowly decline, making fossil fuel-dependent vehicles less and less attractive to drivers. The move, in turn, should see a better infrastructure for electric and hybrid vehicles, which, in theory, should become more affordable. In the meantime, the government have proposed a grant scheme that will offer poorer households a financial incentive to trade their petrol or diesel car in for a cleaner alternative.

There is no doubt that every person needs to take responsibility for the global warming situation, from saving water, to solar panels, recycling and eco vehicles. The low or zero-emission vehicle industry has soared in recent years. The first clean models were slightly laughable, but clean, two-seaters: ideal for pootling around town, but not great for larger families, long distances or motorway driving. Models are becoming bigger, better, safer and more practical, in fact Volvo have announced their intention to produce only electric or hybrid cars from 2019.

Green machines are currently a little bit different; quirky, yet not 100% practical. But with Norway and the Netherlands announcing their intention to phase out combustion engine vehicles by 2025, and German and India by 2030, low and zero emission cars are becoming a reality. If you are looking at buying a new car, it is worth seriously considering a hybrid or electric vehicle as they are most certainly the future of driving. You never know, if we all go low-emission, we might just make our world last a little bit longer.

If you want to know more about hybrid and electric cars, get in touch with your local car sales person.