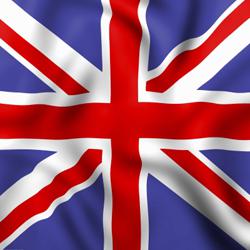 Trevor Finn, chief executive of Pendragon, which owns the Evans Halshaw and Stratstone brands, has said that Brexit presents "unprecedented" opportunities to seal trade deals beneficial to both the UK and foreign partners.

Pendragon have reported steady gains in revenue and profit at the half-year stage, and Trevor Finn said that despite "some uncertainty" as a result of the unexpected vote for Brexit, the business has seen no change in enquiries or sales volumes.

Finn has said that Britain leaving the EU, and the time it will take to negotiate an exit, will offer massive advantages to the UK.

"We have got the opportunity to reset trading relations," Finn commented. "We have knowledge of the terms of every trade deal the EU has, as we are still part of that, and that gives us a huge, huge advantage.

"Imagine if a company knew the exact terms a competitor had with its supply chain - we are in a similar position. We can also negotiate specific deals on an individual country-to-country level, rather than terms that have to be acceptable to all the EU members. We’ll be able to say, ‘Let’s work something out that benefits both of us, instead of all of the EU'."

Despite the recent fall in the value of the pound, Mr Finn doesn't think car manufacturers are likely to raise their prices, and says that although the new car market will probably slow over the year, this was to be expected after last year's all-time record new vehicle registrations.