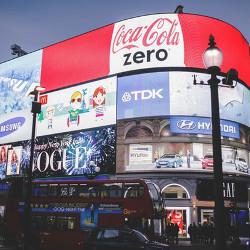 Diesel drivers are being penalised for their vehicles' emissions, with various parking surcharges and toll fees already in place and tax increases being introduced at the start of April.

We run through the details of the new taxes and also the other charges some of the almost 3 million diesel drivers can expect to incur around the country.

The tax increases are designed to help improve air quality especially in major cities, as diesel vehicles generally produce higher levels of emissions which are harmful to humans. However the measures only target brand new diesels which are usually the most efficient and clean compared to older diesel vehicles which are unaffected by the April changes.

The company car tax rise will be temporary because it won't apply to vehicles meeting next-generation emissions standards which will arrive in 2021. These standards are expected to be met by manufacturers sooner than 2021 but not in time for April this year.

The tax rises were announced in the budget last November and since then diesel sales have been falling, with sales down a quarter so far in 2018 compared to last year, and petrol, electric and hybrid vehicle sales increasing.

Local authorities in cities experiencing poor air quality are expected to set up 'Clean Air Zones' where lorries, taxis, buses and possibly cars will be charged to enter the zone. These will be set up in parts of Birmingham, Leeds, Nottingham, Derby and Southampton in 2019. Other cities could also charge £10 per day for diesel cars over two years old to enter.

There are already charges to enter central London, launched in October, for petrol or diesel cars with engines that fail to meet older emissions standards known as Euro 4. This generally applies to cars which were registered around 2005 or earlier.

Do you drive a diesel or are you still thinking of buying a new diesel vehicle despite the penalties? Let us know your thoughts on Facebook or Twitter.